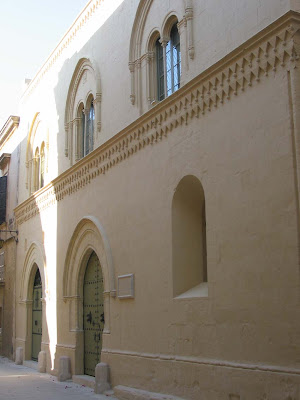 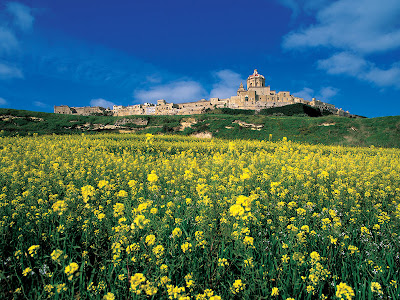 The old capital of Mdina is a most interesting and typical mediaeval town situated in the centre of the island. The “Silent City”, as it is also known, commands a magnificent view of the Island and although it is fully inhabited, silence reigns supreme.
It is thought to have been first populated by the Phoenicians around 1000 BC. When Malta came under the Romans, the Governor chose to build his Palace there and it housed the government. The city earned its present day name from the Saracens who came to Malta around 870 AD. They surrounded the city with thicker walls, separating it from its nearest town, Rabat.
Today, mercifully it is mainly off limits to cars and there is a calming atmosphere as you walk along its narrow streets and ways, passing by some of the best Norman and Baroque architecture on the island. Several Palaces are situated here, most serving as private homes. The Cathedral is worth visiting and is fronted by a large square, the only open space you’ll find within this tiny City.

From the bus terminus in Valletta just 5 minutes walk from Maison La Vallette one can get a bus which goes directly to Mdina. It takes about 25 minutes to get there.

Places to visit while in Mdina.
The best preserved medieval building in Mdina is Palazzo Falzon.
In 1530 the first of Malta’s grand masters, the Frenchman L’Isle Adam, received the keys to the city here after the knights were given the islands by Charles V. The building is in fact medieval not Norman and, in keeping with medieval design, the living quarters were on the second floor – the ground floor was for kitchens, stables, etc. – hence the more intricate arched windows with their colonettes above the twin cornice of triangular corbels. There is a small private museum on the ground floor.