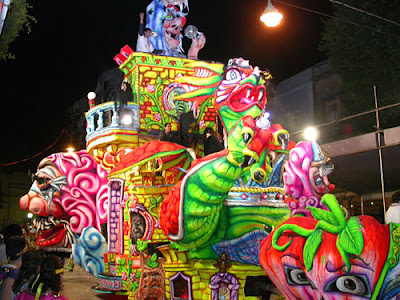 February is Carnival time in Valletta, when the giant papier mache heads and grotesque figures come out of storage to be loaded on to floats and paraded through the streets. Not only Valletta but Floriana and the villages of Gozo, too, indulge in a Bacchanalian week of fun and frolics. Parades through the streets, bands, street theatre and entertainment make this one of Malta’s major festivals, and one which has been around for a while. The first carnival was organised shortly after the Knights of St John came to the Island in 1535. Carnival dates are traditionally fixed at seven Sundays before Easter Sunday, which in turn is fixed at 14 days after the first new moon following March 21. Hence the wide annual variation in carnival dates