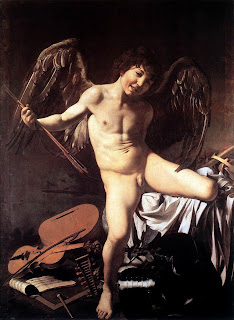 Nine of Caravaggio’s paintings will be flown to Malta from different galleries for a major exhibition to mark the enigmatic Italian painter’s 400th anniversary of his stay on the island.

These world art treasures will be on exhibit at Valletta’s National Museum of Archaeology and are the culmination of many months of hard work by Heritage Malta, in collaboration with Italy’s Romartificio.

The exhibition will also mark the 40th year from the signing of the cultural agreement between Malta and Italy, which was recently renewed until 2009.

On show will be works by Caravaggio that clearly portray the divine element; a series of world-famous paintings from major European and American collections have been put together for this event.

Heritage Malta chairman Mario Tabone said Malta possessed the only painting signed by the 17th century artist – the Beheading of St John – a situation that had given rise to numerous debates over which works were really Caravaggio’s.

“We have consulted numerous experts and artists on this matter of authenticity and I’m sure the debate will continue here,” Dr Tabone said during the exhibition’s press launch at the Le Meridien Phoenicia Hotel in Floriana.

The exhibition was launched by Culture Minister Francis Zammit Dimech in the presence of Romartificio president Roberto Celli and art historian Maurizio Marini.

Heritage Malta is also in the process of negotiating the possibility of including the painting titled Supper at Emmaus in the exhibition.

Parallel events relating to the Maltese period of Caravaggio and his influence on the art of the following generations will also be held.

An adjacent hall to the main exhibition area will feature documents and artefacts related to the magistracy of Grandmaster Alof de Wignacourt (1601-1622) and to Caravaggio’s works in Malta.

The Museum of Fine Arts in South Street, Valletta, will also present a Caravaggisti Experience, which will introduce the visitor to the works of Caravaggio’s followers in the national collection exhibited in the museum.

Data will highlight the impact of the master’s style in contrast to parallel but stylistically diverse artistic activity focusing more on the ideal beauty in art.

Dr Zammit Dimech was confident the exhibition would be a success because, apart from providing a major selection of works, foreign visitors would have the chance to view two other precious Caravaggio paintings, permanently housed at St John’s Co-Cathedral.

“Apart from being an attraction to local art lovers, I’m sure this will serve as a magnet for tourists, artists and admirers of this art genius,” he said.