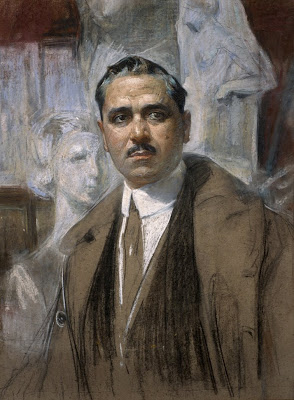 Heritage Malta is putting up an exhibition consisting of 11 works in bronze and marble by the Maltese sculptor Antonio Sciortino in Valencia, Spain. The exhibition is the first one-man exhibition of Sciortino’s works overseas.

Some of Sciortino’s most noteworthy works from the national collection at the National Museum of Fine Arts are being exhibited. These include Rythmi Vitae, Surprise and Nina de Vetlina among others, and are being accompanied by a fibre-glass replica of Sciortino’s original Les Gavroches. The exhibition is co-curated by Heritage Malta’s Senior Curator for Arts and Palaces Mr Sandro Debono, Mr Dennis Vella as curator of modern and contemporary art within the Arts and Palaces Department and an authority on Antonio Sciortino, and Don Vicente Alcaraz from the Ajuntamient de Valencia.

The exhibition will be held at the Casa Museo Benlliure; a historic house built at the turn of the century and former property of the Benlliure family of artists including Jose Benlliure, a painter and former Director of the Spanish Academy in Rome and Mariano, Spain’s most important modern 19th and 20th century sculptor. The exhibition will run until May and is being held by the Ayuntamiento de Valencia, the local government of the City of Valencia, and Malta’s national agency for cultural heritage, Heritage Malta. The event will also be under the distinguished patronage of the UNESCO Valencia committee. Its director, Don Vicente Burgos has been instrumental in making this historic event happen which was also possible thanks to a collaboration agreement signed way back in 2006 between Heritage Malta and Fundacion Jaume II el Just of which Dr Burgos was then the director. This collaboration has also led to a further prestigious exhibition, this time featuring prehistoric Malta, which Heritage Malta will be putting up in Alicante later on this year at the express invitation of the MARQ museum, the winner of the 2004 European Museum of the Year Award.