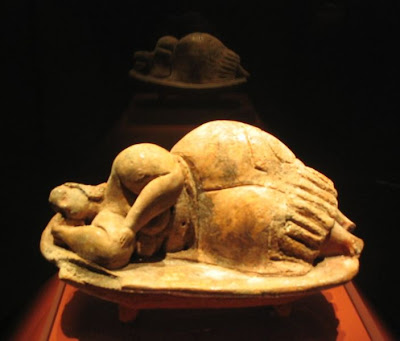 The Hypogeum in Ħal-Saflieni, Paola, Malta, is a subterranean structure excavated c. 2500 B.C. Thought to be originally a sanctuary, it became an ecropolis in prehistoric times. It is the only prehistoric underground temple in the world. The Hypogeum has a UNESCO Heritage Site listing, due to its unique structure. It was discovered by accident in 1902 when workers cutting cisterns for a new housing development broke through its roof. The workers tried to hide the temple at first, but eventually it was found.