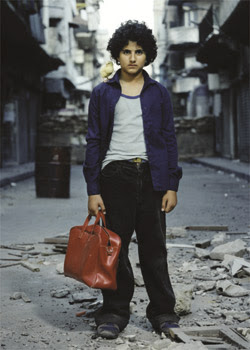 Audiences are in for a treat at this year’s European Film Festival.

Film has long been the medium of the people – a form of entertainment that breaks the barriers of class, social status, gender, race or religion to bridge society’s gaps and bring us closer together. And it’s for that very reason that the local EU Representation Office has decided to continue its annual European Film Festival for the 10th year running, launching on April 12. The festival is working in conjunction with the St James Cavalier as the centre was appointed as the national coordinating body for the European Year of Intercultural Dialogue.

“This year the whole of the EU is celebrating intercultural dialogue and we thought that we would use our flagship cultural activity, this film festival, to hone in on those ideologies and celebrate them through film,” explained Joanna Drake, the office’s head of representation.

“There are no ticket prices for the viewings but we do encourage people to book and ask them to give a donation of €3 at the door. This year funds raised will be going to The Daniel Delicata Memorial Association whose mission is the purchase, donation and/or implementation of items and services of entertainment, activity and comfort of sick children.”