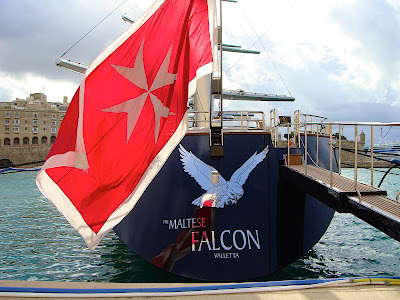 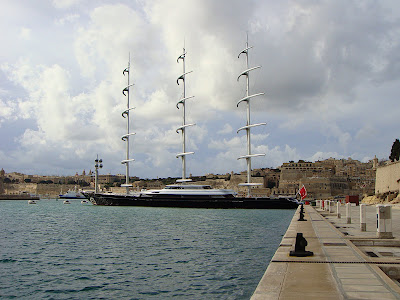 Photos: Valletta Suites
The Maltese Falcon, the world’s largest and most expensive private sailing vessel, formerly owned by Tom Perkins – the American venture capitalist, is at the moment berthed at Malta’s spectacular marina inside the Grand Harbour. The Maltese Falcon, is an elegant ‘hybrid’ 289ft boat with three carbon-fibre 20-story masts that carry 15 sails. They can unfurl in six minutes into a total area of 25,791 sq ft, equivalent to half the pitch at Wembley.
David Pelly of Boat International magazine, a superyacht specialist, said: “It’s really a remarkable boat. It is based on the design of a German who wanted to have a modern square rig for merchant ships. Perkins wanted to try it out and had it built.”
Tom Perkins, 75, sold the superyacht last summer but refrained from naming the buyer due to confidentiality. However he admitted that “It has taken a while…it is not the best of time in the world to sell it.” Reportedly the superyacht was sold for £60m.
The yacht was named after the Dashiell Hammett crime novel that was published in the 1930s and its Humphrey Bogart film version. Its fabulous art deco interior pays tribute to this period with an up-to-date elegance, a glamourous feel and functionality that gives the Maltese Falcon its design edge.
http://www.luxist.com
http://www.boatinternational.com/
http://www.timesonline.co.uk