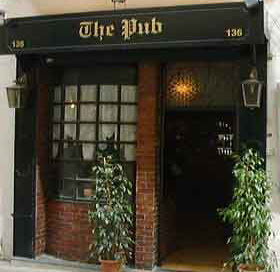 There can be few shrines to fallen artists that compare to Ollie’s Last Pub. Oliver Reed, star of such films as Women in Love, The Three Musketeers, Oliver! and Castaway, died in 1999 after a drinking session in The Pub in Valetta’s Archbishop Street. Admirers of the actor continue to flock from all over the world to pay their respects by sitting where Ollie sat on his last night on earth.

The Pub, which has been run by the Cremona family for the past 21 years, became Oliver Reed’s favourite drinking spot when he was in Malta on holidays and during the making of his last film, Gladiator. On his last night, Ollie was said to have downed eight pints of lager, some rum and whisky, won an arm-wrestling contest and insisted on paying for the round. In honour of Reed, The Pub subtitled itself “Ollie’s Last Pub” and now produces Oliver Reed mementos for admirers including candles, mugs, plates, T-shirts and bookmarks that display a picture of Reed and the legend of “Ollie’s Last Pub”.