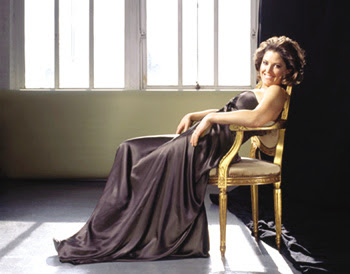 The celebrated American mezzo-soprano Kate Aldrich, who has taken the world of opera by storm with her stunning performances at the Metropolitan Opera House and other prestigious venues, will be the guest artiste in a concert organised by the Malta Philharmonic Orchestra at the Manoel Theatre on April 22.

The relatively young mezzo soprano created a sensation when she appeared as Amneris in Franco Zeffirelli’s production of Verdi’s Aida on the commemoration of the centennial of the composer’s death in 2001 in Busseto, Italy. This production was seen on RAI television and later released on DVD. Her other DVD releases include a concert with Roberto Alagna & Friends, Massenet’s Werther and Don Quichotte, Strauss’s Salome and Benvenuto Cellini by Berlioz.

Ms Aldrich made her Metropolitan Opera debut as Maddalena in Rigoletto. She has also appeared as Rosina in Il Barbiere di Siviglia in Dusseldorf, and Meg Page in Falstaff. She arrives in Malta after singing the role of Elizabeth in Donizetti’s Maria Stuarda in San Diego, California and Lucrezia Borgia, at the Teatro Regio, Turin, Italy.

• The concert, which starts at 8 p.m. and will be conducted by Michael Laus. Tickets may be obtained by phone on 2124 6389 or by e-mail: bookings@teatrumanoel.com.mt.