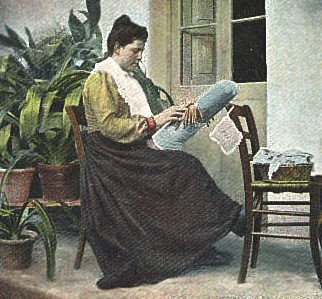 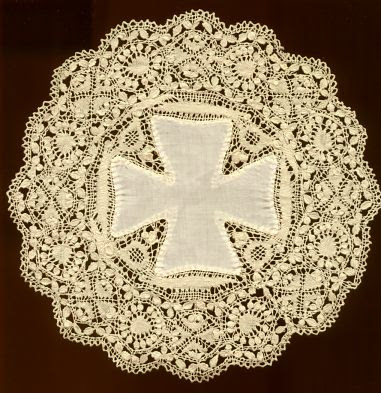 Maltese Lace is referred to in Maltese as ‘Bizzilla’. The craft had been mastered locally by around the middle of the 17th century, but for the next 200 years it was mainly worked only by a small fraction of Gozitan women. Genoese lace makers were brought to Malta by Lady Hamilton, Lord Nelson’s consort, to help revive the industry in the early part of the 19th century. Maltese lace is a direct descendent of Genoese lace although it developed its own character, often including the Maltese Cross design.
Bobbin lace is made with various threads, each fastened to an elongated spool or bobbin. ‘Ghazel’ is the Maltese term used to describe the technique. A pattern is initially drawn on parchment paper. Holes are pricked to show where the pins should be placed. These pins serve to maintain the linen threads stable whilst the lace is made. The parchment is placed on a cushion throughout the whole process.

In Gozo today, you may be lucky enough to glimpse women sitting outside their front doors working lace as the Island’s women did in centuries past.