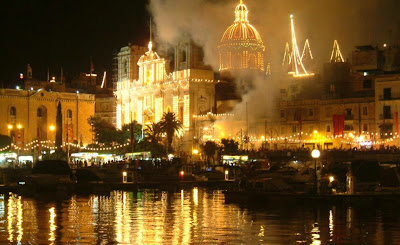 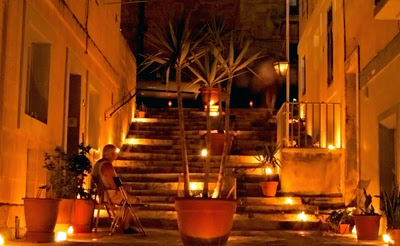 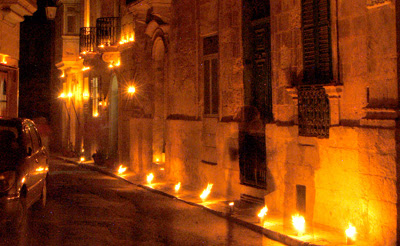 The fourth edition of Birgu By Candlelight.

Among its innovative aspects is the World War II theme that is running through the entertainment around the event. Artistic and cultural activities, including the three-hour show on a stage in the main square, are being linked to the subject, featuring post- and pre-war tunes, dance and projectionsVittoriosa, which has already benefitted from a facelift over the years, takes on magical charm when the lights are out and the narrow, winding streets are illuminated by flickering candles.

Short music, theatre and dance performances will be held on the streets, offering an element of surprise, while visitors can also experience a discovery tour around the town.

A ghost tour, as well as tours of Vittoriosa and its military fortifications are being organised.

The event which is firmly anchored in the country’s cultural calendar, and is being held from 7 p.m. till midnight, also includese historical re-enactments.

Birgu, also known as Vittoriosa is one of the so called 3 cities, together with Senglea and Cospicua. Being so close to the natural Grand Harbour it was often considered a maritime town even by the Knights of St. John way back in the 16 th Century. Birgu was in fact the first place where the Knights settled when they arrived in Malta in 1535.