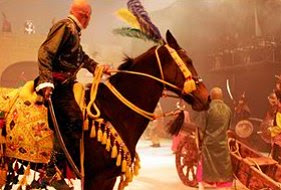 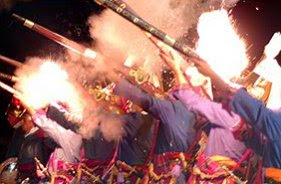 A 50-strong cast, eight beautiful horses, dancing girls and valiant Knights in shining armour will dazzle you with this outstanding and gripping live spectacle at the Powerhouse Theatre at the Valletta Waterfront. Meet Melita, narrator and spectator, as she guides you through this engrossing and thrilling story, happening in 1565, the year of the Great Siege of Malta, one of the greatest sieges of European military history. Meet Maltese peasants celebrating a traditional festa, experience the majestic entrance of Grand Master Jean Parisot de la Valette and the Knights in shining armour on their steeds, and hold your breath as the Grand Master’s personal falconer manages to catch his falcon with extreme skill. The battle scenes are particularly effective, and there’s a touch of belly dancing as well. The theatre itself is housed in a converted building originally erected by the Knights of Malta and was last used as the island’s main power station. The entrance is marked by fjakkoli (fire torches) – so you can’t miss it – and the door is guarded by men in rich costumes.

Performances every Thursday at 20.30hrs

Knights of Malta – The Show