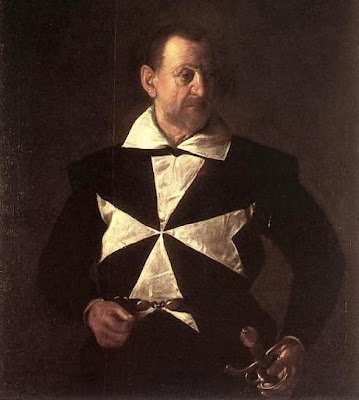 The Maltese cross is today synonymous with Malta. Its origins go back to the 11th century when some merchants from Amalfi, who traded with Egypt, obtained from the Caliph permission to construct in Jerusalem a church, a residence for themselves and a convent for the monks of the Order of the Benedictines of Monte Cassino.

As many Christian pilgrims flocked to Jerusalem, a hospital was also built. It was then that they adopted the cross of Amalfi and the name of Hospitallers of St John of Jerusalem. By 1099, Gerard Tunc, a Frenchman, was master of the hospital and on his request Pope Pascal 11 recognised the community as a religious order in 1113.

Gerard Tunc became the first Grand Master of the Order and it is generally agreed that he introduced the white eight-pointed cross which was worn on the side of the heart on a black robe and a black cloak. According to the Rule, the Knights had to wear the cross on their robes in honour of God and the Holy Cross. It served as a reminder for them to follow the Rule, thus protecting themselves from the snares of the devil. The eight points of the cross symbolised the eight beatitudes and every new knight was reminded of these beatitudes during the ceremony of the profession of vows.